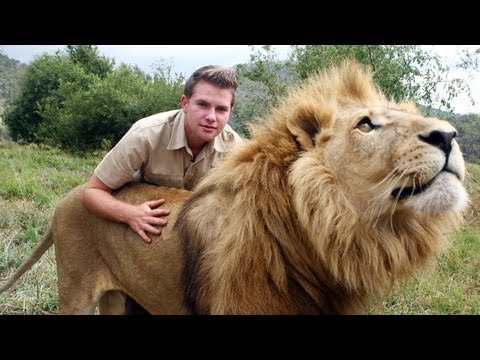 WHILE most teenagers are playing computer games, Shandor Larenty likes to indulge in a different pastime - taming lions. The 18-year-old has built up an unbreakable rapport with 250kg Zavu - stroking, hugging and playing with him at home in Johannesburg, South Africa. The pair are now so comfortable with each other Shandor is able to give Zavu a FOOT RUB - just like his wildlife expert father Alex, who was famously pictured doing the same with another lion named Jamu. Brit Alex, who relocated to South Africa in 1999 from Chipping Norton, Oxfordshire, has been passing on his unique skills to Shandor so he can carry on the family tradition.